Scientists from Hasselt University, imec, VITO, EnergyVille and international partners within the PERCISTAND consortium have become the first to achieve an energy efficiency of 25 percent with a thin-film solar cell. This means that this wafer-thin solar cell generates as much energy as a traditional silicon solar cell.

‘In addition, our solar cells are thin and flexible, making them ideal for integration into buildings and roofs,’ says Prof. Bart Vermang (Hasselt Unicersity/imec/EnergyVille). ‘With these thin-film solar cells, we are truly competitive with the traditional solar panel sector for the first time.’

‘Pioneering’: that’s how Bart Vermang, coordinator within the PERCISTAND consortium, describes the development of thin-film solar cells. The consortium, which partly consists of the collaborations within EnergyVille and Solliance, has succeeded in achieving a record energy efficiency with thin film solar cells.

‘We’ve achieved an energy efficiency of 25 percent for the first time, which is just as much energy as a traditional solar cell can generate on a day-to-day basis. And we haven’t yet reached the upper limit of our thin-film solar cells.’

‘We use two types of materials to achieve this record efficiency, which we lay on top of each other,’ says Bart Vermang.

‘A traditional solar panel consists of a single layer, usually of silicon. For these solar cells, we use two different materials that reinforce each other. Our consortium is a collaboration of what we can safely call the best thin-film solar cell research groups in the world. Some of the partners are working on the bottom cell, while others are working on the top cell. In recent weeks we’ve combined the best bottom and top cells, which is how we have already achieved this high efficiency level of 25 percent. Our ambition now is to generate an energy efficiency of 30 percent within the next three years.’

‘This will make these solar panels even cheaper than the traditional ones,’ says Bart Vermang. ‘Within this project we’re also working with economists to analyse the cost of these solar cells. In this way we hope to have a business model ready by the end of the project with which businesses wishing to produce these solar cells can get started.’

When will members of the public be able to purchase thin-film solar panels? ‘For the moment we managed to get these efficiency results in solars cells of approximately 1cm. I imagine that the panels will be available on the market within eight years.

There are still a number of obstacles to overcome. For example, we can already lay the top cells on the bottom cells and generate energy, but a cost-efficient way still needs to be found to combine the two layers in a module. Our engineers at Hasselt University and imec within EnergyVille, are currently working on this. And we’ll definitely get there,’ concludes Bart Vermang. 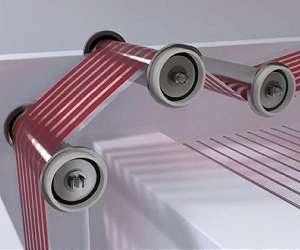