Corvus Energy is proud to announce that we have been selected by Westcon Power and Automation (WPA) to supply the lithium-ion battery-based energy storage system (ESS) for a new hybrid coastal cargo vessel being built for Arriva Shipping at Dayang Offshore Equipment in China.

The ship is of MDC 1309 Ecolution design made by Marine Design and Consulting (MDC) in Bergen and defines a whole new standard for this type of ship. Energy efficiency has been taken into account throughout the entire design phase. In addition to the large battery pack and electric propulsion, it will also have a fuel efficient and improved hull design.

The 1500 kWh Orca Energy battery pack will enable the vessel to enter harbor areas, berth/unberth and sail-all emissions free. In addition, the vessel’s cargo operations will be handled electrically and consequently emissions free.

“It is an honor to again be working with Westcon Power and Automation for this innovative project,” says Halvard Hauso, Chief Commercial Officer at Corvus Energy. “WPA are highly skilled and experienced electrical system integrators, and our close partnership with them in designing and delivering these innovative solutions is key to accelerating the adoption of energy storage systems.”

Utilizing energy storage will enable the shipowner to reduce the carbon footprint of their operation substantially. Fuel consumption is estimated to be reduced by 20% compared to existing ships without hybrid technology. This corresponds to cuts of around 400 tonnes of fuel and about 1200 tonnes of CO2, which equals the emissions from 450 passenger cars.

“This project is a milestone for Westcon Power and Automation as it is first of its kind. A key to success is close collaboration and reliable partners. Through the past years, we have worked on numerous successful hybrid and all-electric vessels with the team from Corvus, which is why we also awarded them the contract for this project,” says Gunvald Mortvedt, Managing Director Westcon Power and Automation.

The vessel will be delivered from the shipyard in the second half of 2020 for completion in Norway before it begins operating in the “self-loading/discharging” segment routes in Northern Europe. 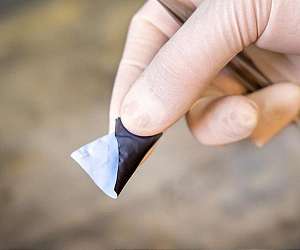 Nanoengineers at the University of California San Diego developed a safety feature that prevents lithium metal batteries from rapidly heating up and catching fire in case of an internal short circuit. The team made a clever tweak to the part of the battery called the separator, which serves as a barrier between the anode and cathode, so that it slows down the flow of energy (and thus heat) that builds up inside the battery when it short circuits. The researchers, led by UC San Diego nanoengi … read more